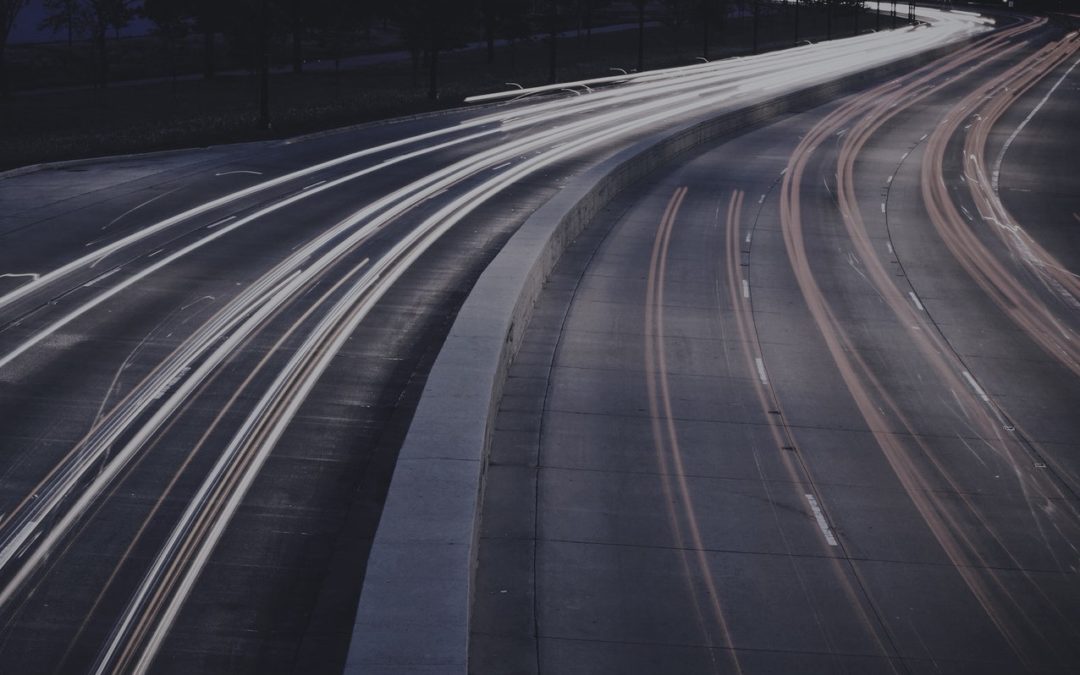 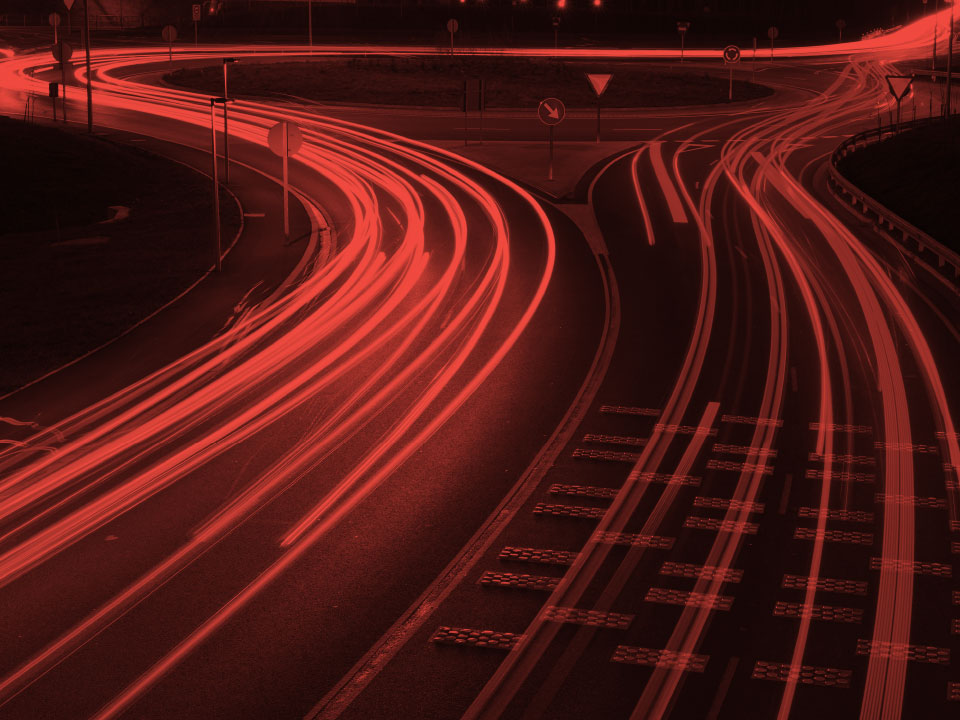 Part 1: Social and Environmental Factors – The Need for Change

In this 3-part blog series we will address (1) the social and environmental drivers of innovative transportation solutions such as Hyperloop and charging roadways, (2) the economic factors driving investment in and enthusiasm for Hyperloop, and (3) the current obstacles that will need to be overcome in order for the construction industry to help improve the commercial viability of innovative transportation infrastructure solutions.

Sustainability is one of Precision’s core values and we are dedicated to furthering cutting-edge solutions for the built environment. We see innovative infrastructure solutions as an opportunity for our company to make a difference in the health and well-being of the planet and our fellow citizens of the world.

Part 1 – The Need for Change

Current data shows that as the world continues to develop, more and more people are using private motorized transport. This trend has already lead to a staggering 6.2 billion private motorized trips per day in cities around the world. It is projected that by 2025, worldwide transport-related greenhouse gas emissions will be 30% higher than they were in 2005.[1]

The world’s population is also growing increasingly city-based. As of 2014, 53% of the population lived in urban areas, with that proportion on track to rise to 60% by 2030 and 67% by 2050. Therefore, energy usage for mass transit is expected to skyrocket. Over half a million people are forecasted to be killed annually in traffic accidents while countless hours are wasted in traffic jams as existing infrastructure becomes increasingly overloaded. In 2010, the global investment in urban mobility systems amounted to €324B. By 2050, that figure is expected to increase 1, excluding inflation.

From a demographic and environmental standpoint, innovative transportation solutions such as Hyperloop and inductive charging roadways have the potential to revolutionize the cost structure and convenience of mass transit while also reducing humanity’s environmental impact. By transitioning to increasingly sustainable sources of electricity while simultaneously reducing overall energy usage in urban areas, society can potentially avoid many of the projected environmental and “quality of life” problems stemming from overcrowding in urban areas. Under the right circumstances, the world’s growing trend of urban-centered populations can be considered a positive because innovations can impact more people more quickly, thereby magnifying the benefits and accelerating adoption of successful solutions.

In this series we will be focusing on two exciting transportation innovations poised to revolutionize ground transportation as we know it. First, we will tackle charging roadways for electric vehicles. Secondly, we will discuss Hyperloop and forces driving its popularity around the world.

As technology progresses, Ultra-Low Emission Vehicles (ULEVs) such as plug-in hybrids, electric, and fuel cell vehicles will play an increasingly important role in the way we commute. But current battery technology restricts how far ULEVs can go on a single charge. One solution to this range problem, the global deployment of plug-in charging networks by Tesla and others, has spurred tremendous growth in the popularity of ULEVs over the past few years. Inductive charging roadways – roads that can charge electric vehicles as they drive – offer another potential solution to the range limit problem. Dynamic charging technology like this could ultimately allow for ULEVs to be built with smaller batteries; which would reduce their environmental impact, make them less expensive to build, more affordable and convenient to own, and lead to accelerated adoption by the masses.

The mechanism for charging – using coils buried beneath the roadway to generate electromagnetic fields that can be picked up by a receiver in the vehicle and transformed into electric power – is similar to that used by wireless phone chargers. Wireless charging technology already has been proven to work in buses (Seoul, South Korea and Monterey, CA are both using this technology for buses and trolleys). Several state and regional transit authorities are currently exploring this technology and the UK is nearing the end of its planned 18-month trial of the technology on a section of highway.

Hyperloop represents the first meaningful mass transit innovation since the mid-20th century – when commercial aviation was in its infancy and railroads were still in the process of switching from steam to diesel-electric locomotives.  It took railroads nearly 100 years to improve upon the steam-powered locomotive and over 150 years for gas-electric trains to fully replace their steam-powered predecessors. It took nearly as long for gas-powered autos to become commonplace. But as the pace of technological innovation has increased, so has its impact on transport industries. For example, it took less than 50 years from the time of the Wright Brothers’ famous flight at Kitty Hawk to the birth of commercial aviation. Keep in mind that while that evolution was accelerated by two world wars, it still required the invention of the jet engine as well as advanced navigation technology and instrumentation.

While Hyperloop represents a major step forward in the world of transportation and is often decried as wishful thinking, the underlying technology already exists. In fact, two functioning test tracks have already been built (by SpaceX and Virgin Hyperloop One) and tested with multiple pod prototypes. Indeed, the key to Hyperloop’s commercial viability lies in developing the technologies and construction methodologies necessary to make building large-scale Hyperloop infrastructure as efficient and cost-effective as possible.

Due to concerns about passenger safety, freight transport via Hyperloop is likely to be put into practice prior to passenger travel. When it comes to moving goods, congestion all along the supply chain remains a serious problem – one that automation is increasingly trying to solve. Inadequate or antiquated infrastructure constrains the potential for future growth of established modes of transport such as rail and trucking. Choked ports, rail networks and highways in urban areas can also limit expansion. As container ships continue to get larger, congestion and inefficiency at ports and rail hubs continues to worsen. Port automation will be vital to maintain the competitiveness of global distribution hubs in the future. Just as automation has become commonplace in the manufacturing industry, it is expected to be a driving force in the rest of the supply chain as well. Hyperloop is a shining example of how automation can ultimately transform the entire supply chain (not to mention passenger travel). And although the construction and transport industries lag significantly behind manufacturing and mining in terms of technology integration, automation will ultimately become much more common in many aspects of our daily lives.

Dubbed the “5th Mode of Transport” by Elon Musk, Hyperloop promises to offer a faster, cheaper, cleaner, and more efficient alternative to existing modes of transportation. Since the release of Musk’s white paper,  , several Hyperloop start-ups and pod design teams have been hard at work attempting to make Hyperloop a commercial reality.

As we will examine at length in Part 2, the current working assumption of the industry is that Hyperloop will primarily compete with existing ground-based long-distance transport systems such as rail and long-haul trucking. While Hyperloop is also expected to eventually replace air and water transport for relatively short distances (e.g. San Francisco- to-Los Angeles or Helsinki-to-Stockholm), supersonic flight is expected to eventually become the norm for more time-sensitive travel over greater distances. Increasingly fuel-efficient ships are expected to dominate the market for less time-sensitive transport over water well into the future. So, for our purposes, Hyperloop should be viewed as a more efficient, sustainable, and cost-effective mode of transport for relatively proximate city pairs (see Part 2 of this blog series for a list of publicly supported Hyperloop feasibility studies currently in process around the world).

[1] The Future of Urban Mobility 2.0; Arthur D. Little Future Lab in conjunction with the IAPT, 2014

[2] The Future of Urban Mobility 2.0; Arthur D. Little Future Lab in conjunction with the IAPT, 2014